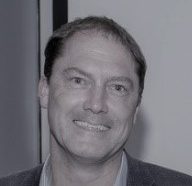 Mike Fitzgerald has 30 years of experience in software and wireless networking companies. After 10 years with Ericsson Mike went on to be a Vice President of two NASDAQ-quoted companies, ADC Telecommunications and interWAVE Communications. Between 1999 and 2019 he was a founding investor or board member of a number of companies including; Net Feasa, Altobridge, NewBay, AMCS Group, Mianach (VC) and Microcellular Systems Ltd. He graduated from University College Cork in 1988 and Stanford University Graduate School of Business in 2008. In 2009, he was named Ernst & Young’s Entrepreneur of the Year (Emerging category) and a Technology Pioneer at the World Economic Forum in 2012. Today he works with Net Feasa, an Industrial Internet of Things specialist company based on the Dingle Peninsula.