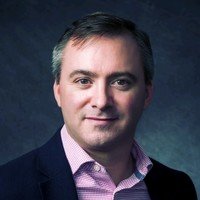 A native of Derryquay, Eamonn attended secondary school in Tralee where he spent his first two years of third level before graduating to the University of Limerick. He undertook a MBA in UCD Smurfit School of Business.

Since 2012, Eamonn has very successfully managed and promoted the Guinness Enterprise Centre which is home to over 90 resident start-ups employing over 400 people on-site and over 100 co-working companies. In 2018, the GEC was recognized as being the No. 1 Business Incubator – Collaborating with University in the world. He is currently managing an €11m expansion to scale the GEC to be a global entrepreneurial super-hub, interconnecting the regional centres in Ireland with their global university partners.

In this role, Eamonn works with entrepreneurs, start-ups / early-stage companies, state development agencies, not-for-profit organisations and commercial businesses in the areas of strategy, business planning, general management, fundraising and investment. He has strategically positioned the GEC as the leading enterprise centre in Ireland through programs like the Centre Partnership, University and Prosper programs.

Early in his career, Eamonn worked with the National Safety Council where he introduced the hard-hitting road safety advertisements of the 2000s. He also worked with the IRFU and was responsible for developing Irish rugby’s strategic plan “Building on Solid Foundations 2008-2012” which coincided with the most successful time in Irish rugby history. He is also an international sevens rugby referee.

The Role of the Diaspora in Sustainable Economic Development

This session will explore the role of the diaspora in supporting businesses and communities in Kerry. The panel will explore the various supports that are provided through the diaspora network and how these can be leveraged to support the growth and development of the region. Specifically the session will consider the role of investor networks […]