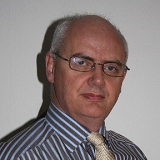 Chartered Director and Fellow of the Institute of Directors.

Ciarán was co-founder and Chief Operating Officer of Aldus Aviation Limited – a significant aircraft leasing company in the Embraer E-Jet small narrowbody segment of the market, with the largest asset base of Embraer equipment after GECAS. In 2016, Ciarán and the other founders sold Aldus Aviation Limited to the Danish group – Nordic Aviation Capital A/S.

Ciarán has spent nearly 40 years in the aviation sector working in airline, aerospace, leasing, cargo and advisory roles. Having studied geology and computer science in UCD, he entered Aer Lingus working primarily in systems programming and design. He joined GPA in 1986 and spent six years with the company as Vice President – Head of Information Services. Subsequently, he set up his own companies in the aviation, information technology and renewable energy sectors. As a Chartered Director, he has been appointed as a Non Executive Director in a number of companies in the aviation sector. He has acted in an advisory and mentor capacity with Enterprise Ireland’s New Frontiers and EI/IASC Shannon Propeller programme

Moderator: Quinton O’Reilly – Freelance Technology Journalist From a sustainable economy to sustainable equity! This session will examine the role of resilience in creating a smarter future powered by the resilience required in securing and scaling from equity-based investment. The panel will discuss how investors are increasingly deliberating on their investments informed by the non-financial […]